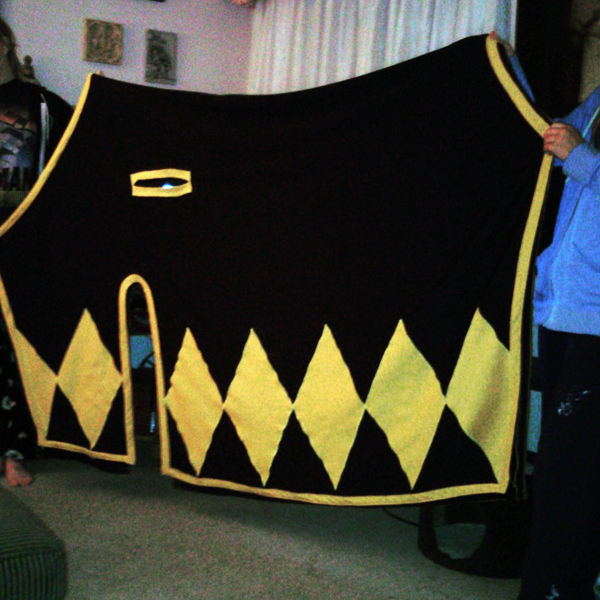 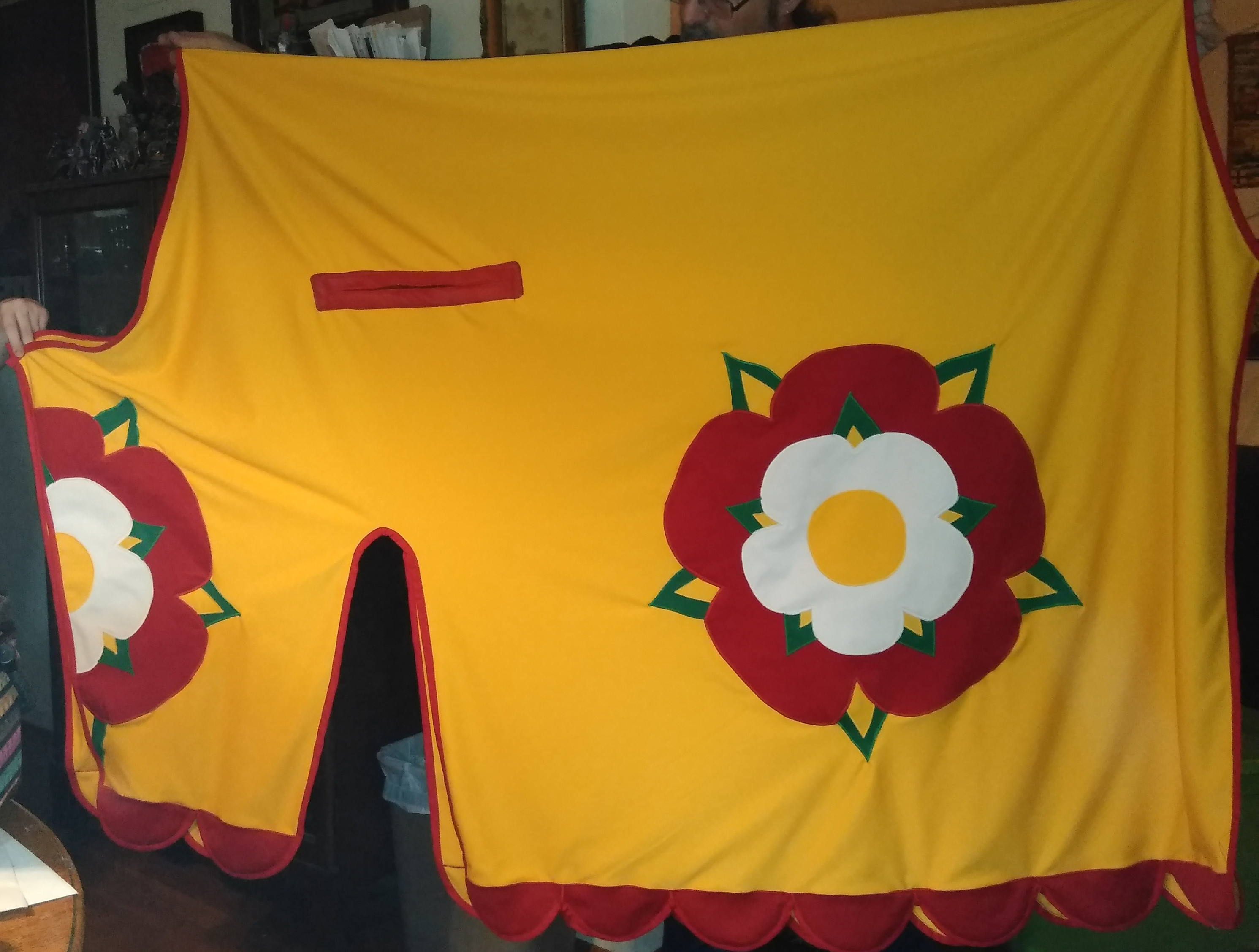 Caparison: A caparison is a cloth covering laid over a horse or other animal for protection and decoration. In modern times, they are used mainly in parades and for historical reenactments. The word is derived from the Latin caparo, meaning a cape. In the Middle Ages, caparisons were used in conjunction with horse armor collectively known as barding, which was worn during battle and tournaments. They were adopted in the twelfth century in response to conditions of campaigning in the Crusades, for protection against the weather and missile weaponry. These coverings sometimes covered the entire horse from nose to tail and extended to the ground. Medieval caparisons were frequently ornamented with the coat of arms of the horse's rider.

Additional parts of a caparison:

Crinet: The crinet (also spelled criniere) is a cylindrical cloth sleeve that attaches to the maske, and covers the horse's neck.

Chanfron (Mask): The chanfron (also spelled champion, chamfron, chamfrein, champron, and shaffron) was designed to protect the horse's face. It served as a piece of protective armor and could be made from metal or leather. A chanfron extended from the horse's ears to its muzzle. In cloth form it is interchangeably referred to as the "mask" or "hood."

Trappings/Trapper: A Trapper is a cloth harness or an accessorized saddlecloth used by medieval knights taking part in medieval horse tournaments. Less dressy than a caparison though lighter in form and function, it is intended to provide an element of protection to the horse as well as serving as a decorative display of a knight's heraldic colors.

Parts of a Trapper (collectively known as "Trappings"):

Peytral: The peytral (breastplate or breast collar) protects the chest of the horse, and the front is often adorned with a shield-like covering displaying a knight's coat of arms.

Flanchard: The flanchards are the cloth skirting attached to the either side of the trapper below the saddle, often reinforced or vented to facilitate the use of spurs.

Crupper: The crupper (also crupiere bacul or croupiere) is the part of the trapper behind the saddle, including the butt-strap or dock strap. It protects the horse's hind quarters.

Saddle Blanket Cover: A large cloth covering designed to protect the horse's back and flanks while adding heraldic color to the saddle tack. Our versions are strategically slit on either side to allow passage of a girth, and are designed to fit over modern saddle blankets and completely cover them. Can be adorned or customized as required.

Rein Covers: Originally developed as a feature of barding providing protection for the reins, so they could not be cut. Cloth versions are often themed to match the knight's colors and heraldry. 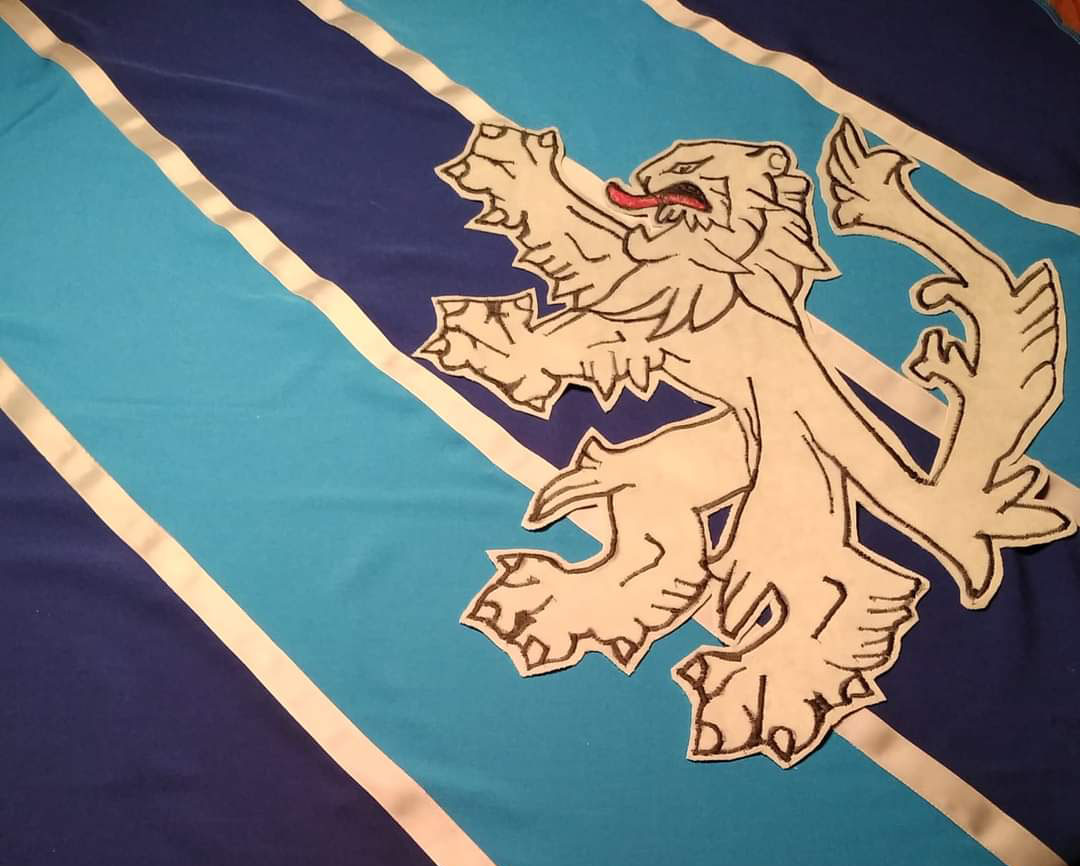 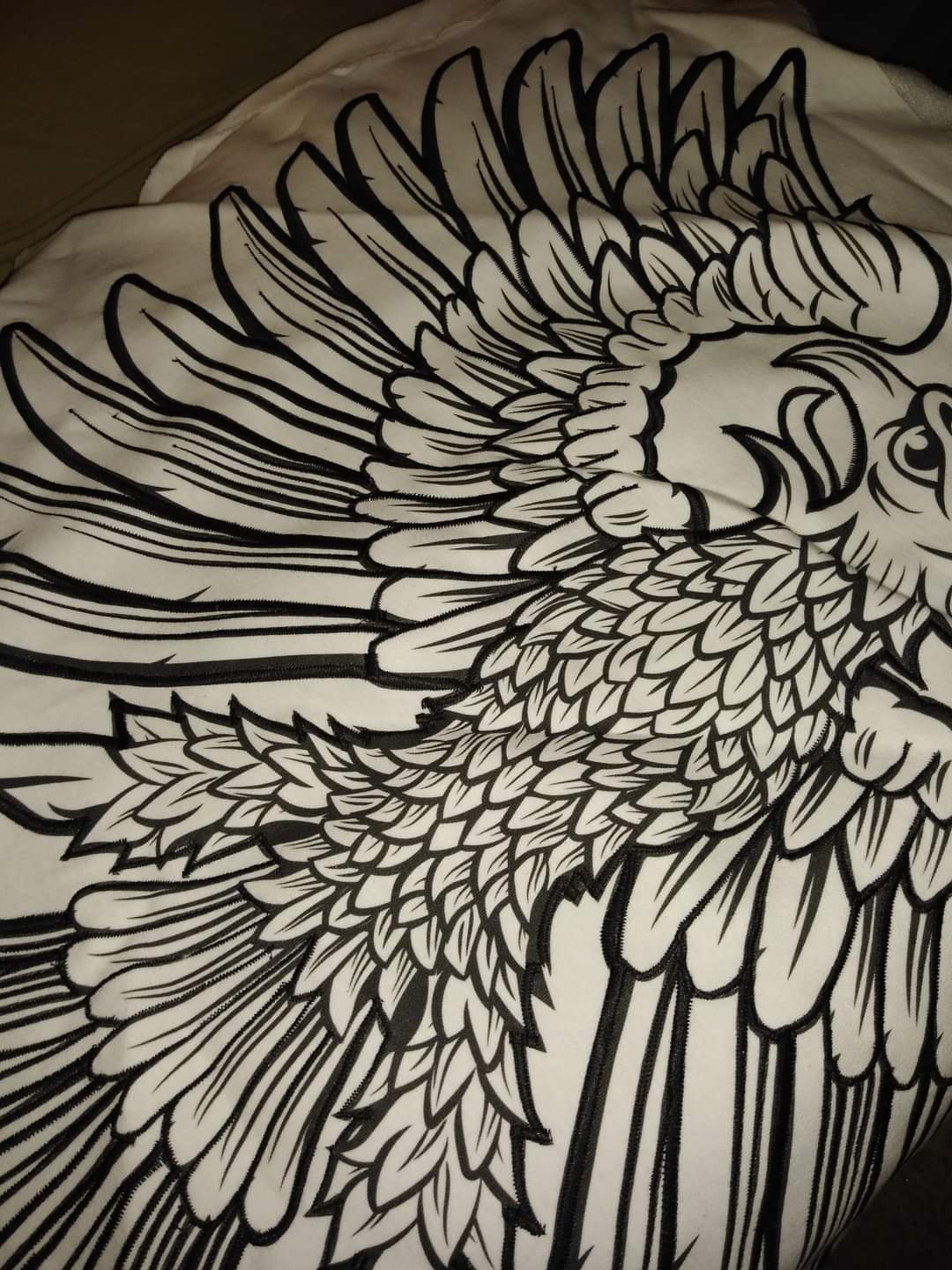 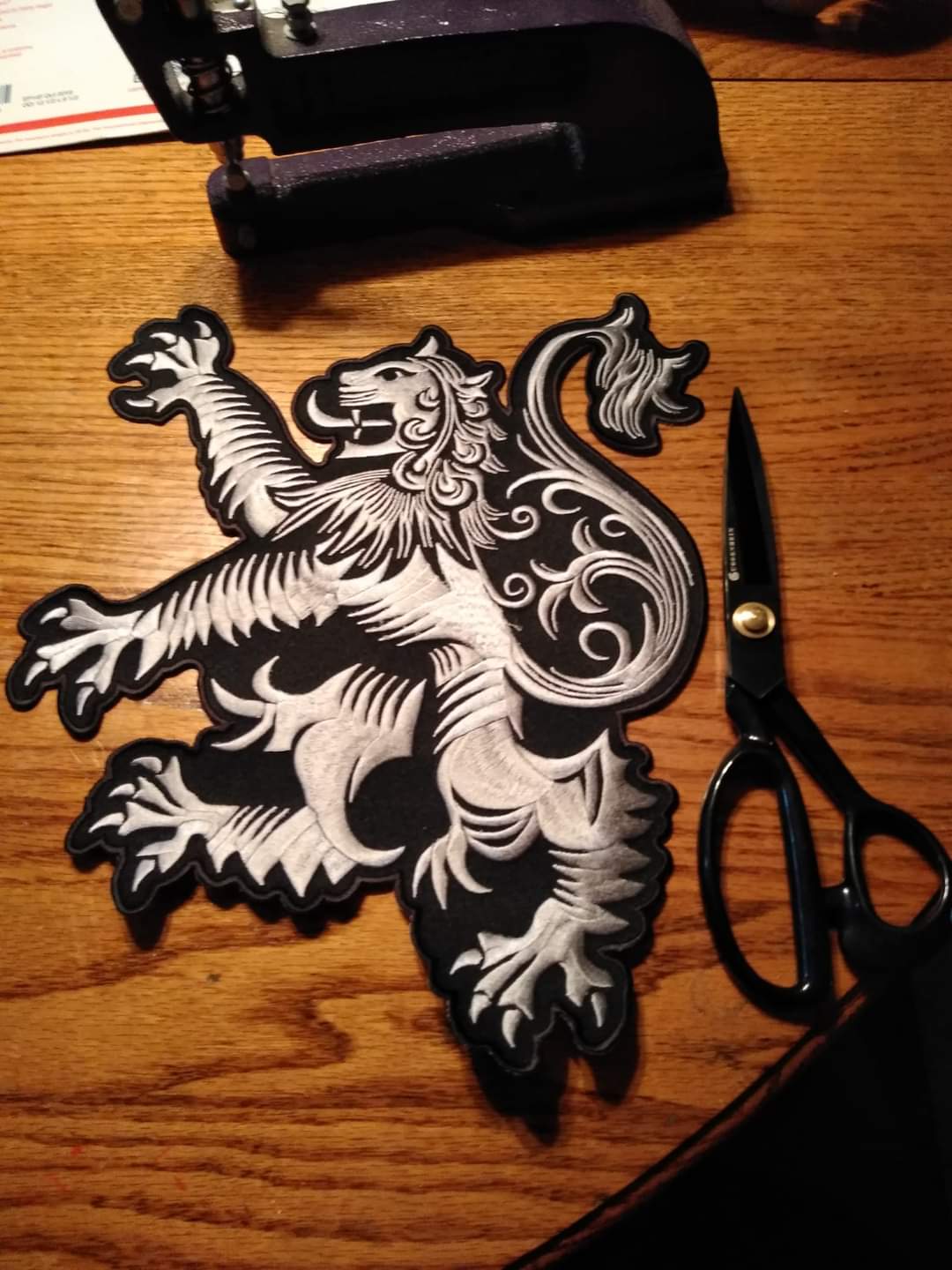